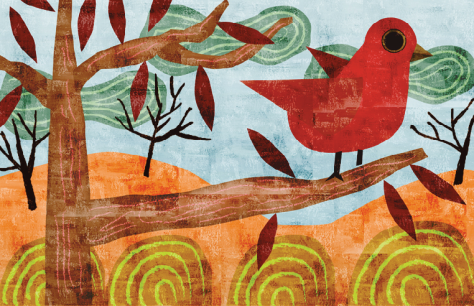 As part of our new “Success Stories” series, we’re showcasing Yodelist creatives who’ve successfully launched email campaigns that not only added exposure, but also brought new and exciting jobs and projects with a wide variety of clients. First up is illustrator Anthony Foronda. Here’s what he had to say about his first two campaigns and the resulting project he’s working on:

“I have had two email campaigns through Yodelist and just received my first illustration project from Cricket Media. I will create 5 spot illustrations for their April 18th issue of Spider magazine. The illustrations will accompany a feature short story about a Ugandan Folktale.”

Below is the emailer that attracted Cricket Media, followed by several more examples of Anthony’s work.

Congrats on the new project Anthony! Looking forward to seeing your work and the story when it’s released.

Anthony Foronda is an internationally recognized award-winning illustrator & designer. He has been chosen in American Illustration, Society of Illustrators of Los Angeles Illustration West, Awarded in Alternative Pick Awards, and the International Luerzer’s Archive’s “200 Best Illustrators Worldwide” Biennial. HIs work stands out with color & texture and is conceptually thought provoking. He has worked in the editorial and advertising markets. Anthony lives in rural Putnam, CT USA, New England.